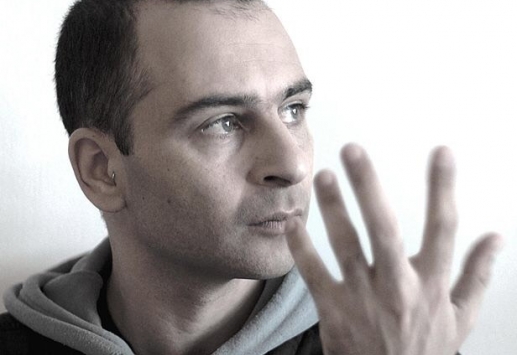 Ohad Fishof is an interdisciplinary artist, working in a diverse range of fields including dance, sound, performance, video and installation.

He began his artistic career as a musician and performer with the pioneering Israeli art-pop band Nosei Hamigbaat. He later moved to compose music for dance, performance and art installations while at the same time, expanding his artistic endeavors to other media. In 1997 he received an MA in Dance from Laban Center London. He spent the following years creating dance and performance pieces as well as sound and video installations in London, where he was then based. Home, His performance collaboration with the artist Uri Katzenstein, was presented as part of the 2001 Venice Biennial.