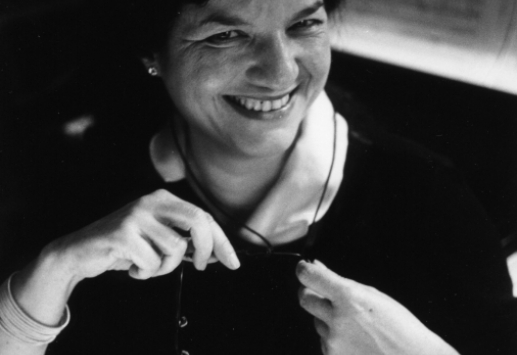 Pascale Criton was born in Paris in 1954. She studied composition with Ivan Wyschnegradsky, Gérard Grisey and Jean-Etienne Marie. She participated in the Darmstädter Ferienkurse in 1980/88, took electro-acoustic training at CIRM (International Centre for Musical Research, Nice) from 1980 to 1982, as well as a musical computing course for composers at IRCAM (Paris) in 1986. Moreover, she is interested in ethnomusicology and took part in activities of the Research Group on Oral Tradition in Abidjan (Ivory Coast) in 1979.

She has directed various creative workshops at the University of Paris (1979-81), the Avignon Festival (1977-78) and the Pantin Conservatory (1981-82). In a different capacity, Pascale Criton was a member of the Musical Theatre Company of Les Ulis, with Michel Puig, Michaël Lonsdale, Catherine Dasté and Edith Scob, from 1975 to 1980, and would pursue her stage experience in the framework of productions with Transcenic: dance, theatre, music and audiovisual, with, in particular, Ecrans noirs, first performed in 1982.